The Pseudowire ID (PW ID) FEC Element may be used whenever both pseudowire endpoints (PE devices) are configured with the same 32-bit pseudowire identifier.

C: If set to 1, indicates presence of Control Word

Group ID: It identifies a group of Pseudowires.

PW ID: A 32-bit value that together with PW Type identifies the pseudowire. Both these values should match on each endpoints of a pseudowire.

Using the PW ID FEC, each endpoint of the pseudowire initiates a unidirectional LSP. Once both endpoints setup their outgoing and incoming LSPs, they are bound together provided their PW ID and PW Type match.

a) Use of Label Withdraw message:

The format of PW Status TLV is- 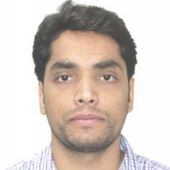